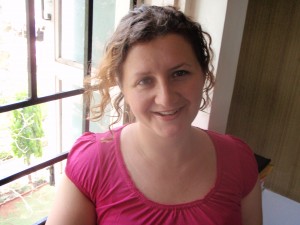 I have multiple “homes” to which which I owe key formative moments in my life.

I was born and raised in Tirana, Albania, during the late-socialist and early-postsocialist transition. To this day, I miss the unique golden glow of the city’s low-rises at sunset and the melancholy sadness of the rain on its empty streets after the immigrant season.

I studied in Canada for six years, first attending the international high-school, Lester B. Pearson College (Victoria, BC), and then pursuing a BA in Cultural Studies and Political Studies at Trent University (Peterborough, ON). Both places have provided me with a deep passion for international friendships and for a life driven by intellectual curiosity.

From 2001 – 2012 I lived in New York City where I completed an M.A. in Political Sciences and a Ph.D. in Anthropology, both at the New School for Social Research. During these years, I immersed myself in the city’s multiple worlds: among others, I was a barista in an East Village coffee shop, an audio-visual technician at the International House, I taught English as a second language to Albanian, Russian and Chinese immigrants, and taught liberal arts courses in various divisions of The New School, including Eugene Lang College, Parsons’ School of Design and the Graduate Program in International Affairs.

In 2012, I joined the Institute for Money, Technology, and Financial Inclusion at the University of California, Irvine as a Postdoctoral Fellow. During this fellowship, I worked with talented academics from multiple disciplines who were researching money and technology developments in various countries of the global South. I also enjoyed discovering the beautiful nature of southern California and the delicious food.

I joined the department of Sociology and Anthropology at Ohio University in 2014. Here, I teach courses in economic anthropology and cultures of the Mediterranean. Whenever I can, I explore the trails of the Appalachian hills around the little college town of Athens, OH.